The Morality of Animal Testing 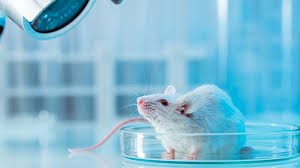 Controversy has surrounded the topic of animal testing ever since it was established. There is a large number of people who are against such an idea, their reasoning being mostly for the animals’ safety, while an opposing group of individuals believe animal testing is practical and essential for future medical discoveries.

The former party claims that human anatomy is quite dissimilar to other animal counterparts and, thus, tests can produce inaccurate results. Additionally, they question the morality of such experiments due to countless reports of animal harm or fatalities as a result of inhumane or dangerous methods used by scientists. Lastly, they give examples where products tested on animals turned out to be dangerous to humans.

However, the latter group focuses more on the practical side of the topic. They present multiple instances where animal experimentation was crucial for the eradication of diseases and the development of vaccines. They point to the difference between life expectancy in 1900 and today, which has gone up by 20 – 30 years and happened in part because of experiments on animals. This group of individuals claims that animal testing has saved millions of humans as well as animal lives.

At the end of the day, experiments conducted on animals are definitely inhumane to a certain degree. However, they are critical for the eradication of disease. Personally, I believe that a number of regulations should be put into place to ensure that no unnecessary loss of life or cruel tactics occur in animal labs.