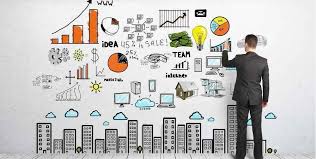 One of the most admirable categories of individuals, in my opinion, is entrepreneurs with an inborn talent for strategy and business thinking. Businessmen coming up with innovative ideas, inspired by their everyday life conditions and eventually forming an utterly successful and unique company have always been respectable in my eyes. Actually, the aspect which mostly concerns me when thinking of a pioneering business is its origins and the reason why it was initially formed.

For instance, ‘Taxibeat’, the well-known Greek application for finding the closest available taxis for transportation started off when Nikos, its founder, after having a meal at a secluded restaurant wished to be driven back home by a taxi driver. However, after his unsuccessful attempt to find one, he mentioned to his friends that since they have the ability to electronically add their own location on ‘Google maps’ maybe they could do the same with the nearest taxis in order to be informed about the distance of each one from them.

During the following months, he firstly raised funds and afterwards collaborated with three computer developers and started working on the application. Shortly after the creation of the apps website, Nikos sought taxi drivers around the city and persuaded them to sign up at the application, action which was not extremely challenging as due to the economic crisis the majority of taxi owners wished to increase their income and they basically provided them with additional customers. In spite of the applications’ launching, they only offered 100 taxi drivers and the innumerable bugs caused a lot of complaints. However, the developers did not quit on their project and eventually created a successful business which was recently sold for € 43 million.

Another similarly thriving business is ‘vanakias’ which started off when an adult, whose identity remains a secret, had just been given the sack from his previous job and his son studied at a university in Thessaloniki, away from Athens. The initial goal was to send homemade food from his wife’s hands to the son so with the assistance of his brother, who owned a transportation company, he loaded a van with homemade food and sent it to Thessaloniki. This whole idea spread quite swiftly and had as an ultimate result numerous vans being sent every 15 days to most regions in Greece, which include fridges filled with containers with meals sent directly from the families to the students’ houses. Nowadays, they have advanced into transporting washed garments as well.

Those two businesses are doubtless innovative and I can’t but admire some individuals who just by thinking of an idea to improve their lifestyles form successful companies.